We love to debate the rights and wrongs of progressive and traditional approaches to teaching. But if we want to influence practice we really need detail.

The progressive versus traditional approach to teaching is one of those debates that’s here to stay. Sometimes, it gets stirred up. This inflammatory article by Graham Brown-Martin seems to have done the trick again.

Certainly it’s clear that almost all teachers will have preconceptions about what makes good practice. Here’s some common assumptions that one might have on both sides of the spectrum:

In essence, there seemed to be a clear split between progressive and traditional attitudes to teaching on a number of questions – answers tended to cluster towards either pole, rather than giving a consensus in the middle.

It doesn’t take long on educational Twitter to make you think that this difference is a pretty firm one.

According to this survey at least, beliefs among UK teachers are fairly polarised. I’ve talked to a fair few teachers who see themselves as isolated ‘progs’ or ‘trads’ swimming against the current of their school.

But I wonder how common this divide actually is, and whether those beliefs about what works necessarily translate into practice?

I struggled to find any sufficiently sizeable evidence from the UK about what teachers’ practice looks like in most classrooms. But studies from America show some interesting trends.

It’s generally taken for granted that mainstream class teaching has its origins in fairly prescriptive methods of teaching and gradually became more progressive in nature. In How Teachers Taught, however, Larry Cuban found some changes over time in teaching practice in American from 1890-2005, but that in most classrooms pure traditional or progressive theories never emerged. The hybrid was the dominant form of teaching.

Cuban’s later study, Hugging the Middle, found that the hybrid classroom had become even more common. In 2000, a study conducted across Ohio found that most schools report a mix of practices. And David Labaree makes the point that the vocabulary inherited in schools tends to be progressive while practice is often more traditional in nature.

The important point from this is that what people believe about education need not necessarily match their actual classroom practice.

How do teachers actually teach?

Lesson planning is the bane of many a teacher’s life – but the methods that have become popular can tell us a little about people’s approach to teaching.

Let’s take some popular lesson plans and see what practice they imply. (These are all ones I’ve seen used in schools, some of which have been spread very widely through social media). 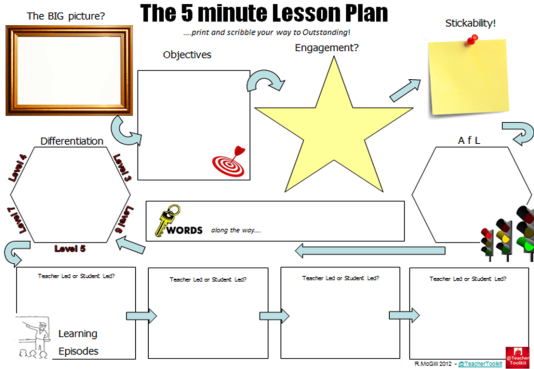 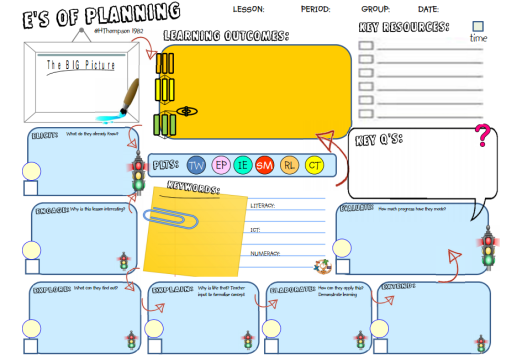 The 7 E’s of planning – Hayley Thompson 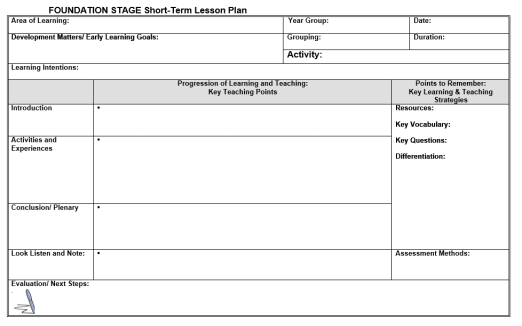 All these plans seem to follow a pretty similar structure. Objectives or aims are identified, then some form of instruction takes place, with the bulk of the lesson revolving around an activity. Assessment occurs at different places, as does differentiation and cross-curricular linking (in some of them).

Some of them also show the influence of the National Strategy model of planning i.e. starter, introduction, independent work and plenary.

Of course, you can argue against these ideas (learning objectives in particular have come under fire).

But I’m not sure that the sorts of lessons implied by these plans fit neatly into the traditional or progressive camp. They are teacher centred. But they also leave space for, say, group work and some of them explicitly focus on engagement.

Probably any teacher could take these plans and, dependent on their preferred methods of instruction, classroom manner and assessment techniques, design a fairly traditional lesson or a fairly progressive one. I suspect that their popularity is precisely because of this adaptability – you can mix methods if you want to.

The same goes for Shaun Allison and Andy Tharby’s wonderful graphic of expert teaching – these are qualities that could fit into an instruction or an inquiry oriented classroom (though probably tilting more towards the former).

I don’t think that this means the trad-prog debate is a useless one. Anything that gets teachers thinking about pedagogy and questioning their own ideas is probably useful. But sometimes detail that matters gets lost.

Debates on traditional-progressive education tend to cover both philosophy (‘what is education for?) and pedagogy (‘how can we teach to achieve this?’). What gets lost in this sort of all-encompassing debate is that education is highly context-specific. Pupils’ background, prior attainment, relationships with each other and with the teacher, geographical location: all these can affect ‘what works’. So sometimes labels can prove a bit of a distraction – and widen the conversation when it should remain specific.

Sir Kevan Collins of the EEF has argued for data from research that allows us to identify patterns from schools with similar contexts. This could end up usefully informing such arguments  (the families of school data is a useful first step here).

It still seems unlikely, whatever this data ends up telling us, that either side has a monopoly on truth. That’s why I think Tom Sherrington’s description of the progressive-traditional tree, a fruitful hybrid, is probably the most useful model.

Of course, it’s tempting to pick a side. And I think that can be useful when animating discussions. But that clash of ideas might not reflect what goes on in the classroom. If we want to influence practice, the questions probably need to get more specific. I’d rather see people discussing one of Doug Lemov’s 62 techniques than attacking or endorsing them all.

A lot of the ideas for this blog came from our recent paper on the role of evidence in education, Making the Link. You can download it for free here.